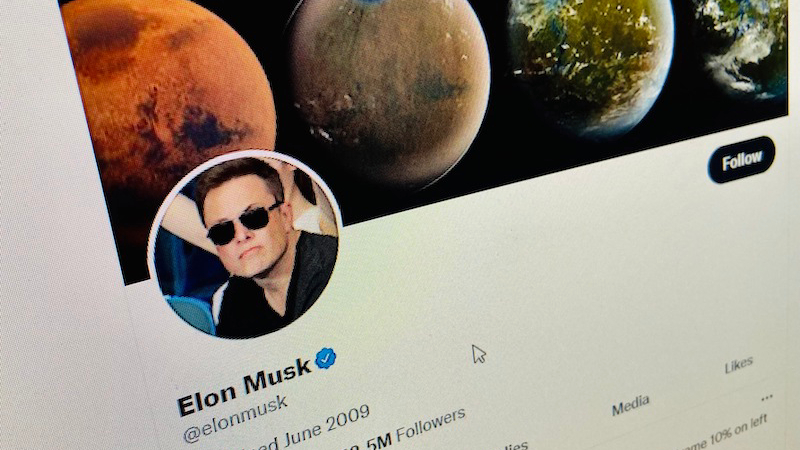 Louis Jones is BSI's Chief Marketing Officer, and has served as Brand Safety Officer-in-Residence for the past two years. More

October 27 marked a tumultuous day for one of the world’s more venerable social media platforms. On that day Elon Musk wrested control of Twitter, and a seemingly endless string of miscalculated decisions has led to chaos on the platform and a tsunami of uncertainty among the advertising community. At this point, not a day goes by without some curious news about Twitter's current state of play – none of which appear to be positive or comforting to the ad community.

From the outset, Musk has created doubts about the future of Twitter, sending top executives packing in the first few days with no clear plan on how to stabilize the platform following so many high-level exits, many of whom were vital to Twitter’s role as a fairly trusted and moderated platform for many of the world’s important discussions. Those exits would be followed by massive layoffs and continued resignations of key players including, most recently, the Head of Trust & Safety following the midterm elections. None of this bodes well as advertisers are losing trusted contacts across the platform who would have given them assurances of brand-safe protocols still being actively in place, let alone the confidence that Twitter can survive the current swirl.

In fact, Musk’s move to sell subscriptions, Blue Checks on accounts, has spun out a series of “imposter" brands and key political figures that has wreaked havoc and desecrated trust. Many news outlets have noted the rise in hate speech and mis/disinformation on the platform. Several advertisers have discontinued their relationship with Twitter and there is a strong sense of PAUSE across the industry, as some wait to see if Twitter can rebound from these early gaffes. Further complicating matters, Elon announced that Twitter cannot be profitable without a subscription model, and he recently messaged that without a subscription model Twitter may be headed for bankruptcy. Uncertainty looms large at this point.

That said, Twitter still represents a social media platform with worldly influence and a landscape for critically important points of view – a “town square” as some have called it. To that end, there are some who believe that Twitter serves a much-needed role in society’s social discourse, but the question is: can Twitter get itself back on track in time to save its role in the marketplace? It should be noted that Twitter has been a commendable and reliable partner in the fight for brand safety in the last several years, trying to tackle hate speech, misinformation/fact-based information, inclusion/algorithmic bias, and denying political advertising, but all that currently lies dormant as this new course for Twitter unfolds.

The evidence thus far is not encouraging. Conventional wisdom is leading many to "sit it out" until signals and steps become much clearer, and with a more positive cadence. This will take time, and time is not playing in Twitter’s favor at the moment. If you must…proceed with extreme caution.

To stay informed about the ever-evolving world of brand safety and to get insights from industry experts like Louis Jones, be sure to sign up for the Brand Safety Institute’s mailing list at the bottom of this page and join the conversation.