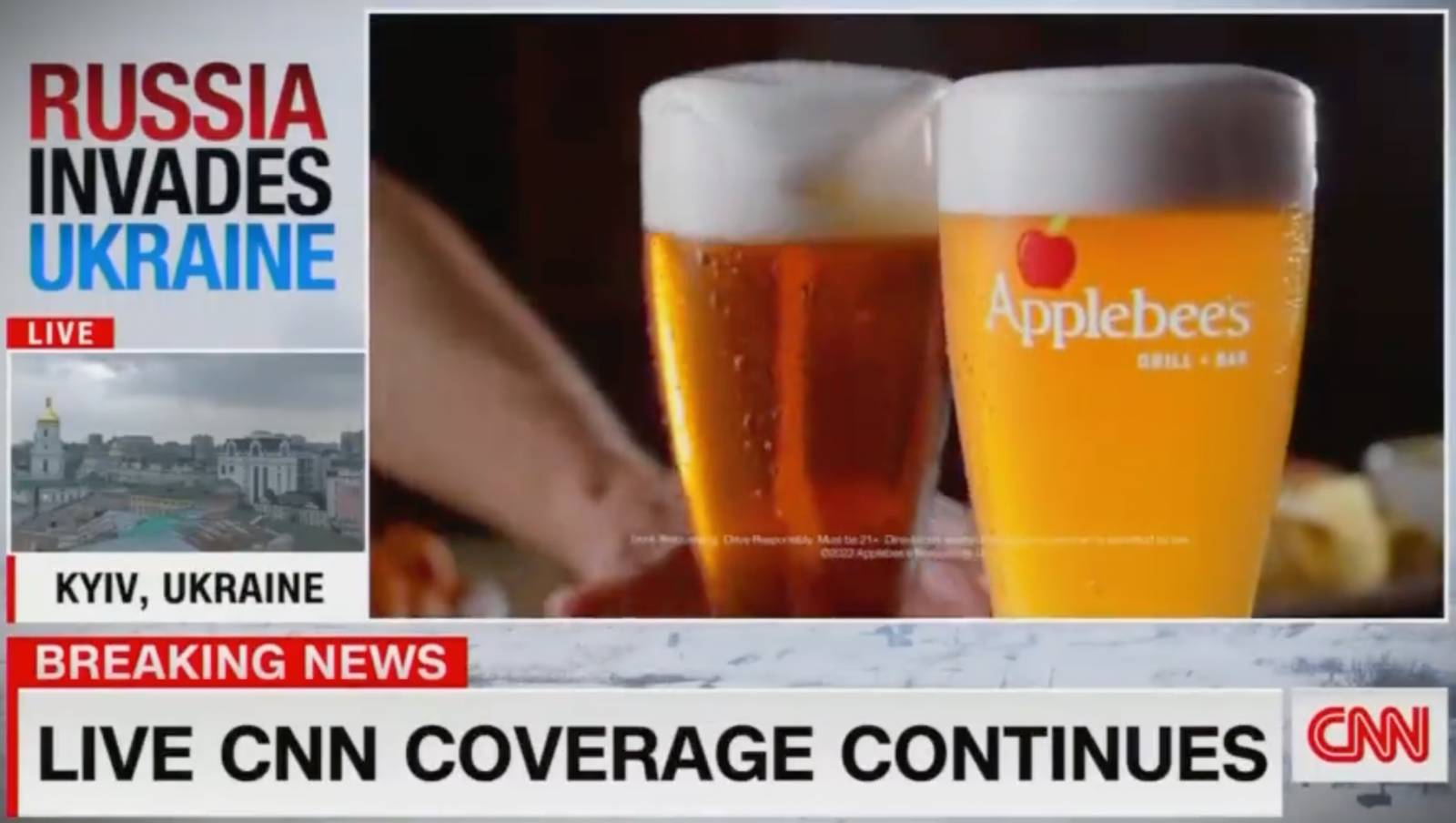 CNN is being criticized after an ill-timed commercial juxtaposed the Russian invasion of Ukraine with an Applebee’s ad. A clip panning over the rooftops of Kyiv, the Ukrainian capital, as air-raid sirens blared suddenly launched into the Applebee’s spot that featured upbeat music by the Zak Brown Band, beer, and chicken wings. The jarring viewing experience raised hackles across social media:

Not the best timing pic.twitter.com/JC5NvOQtvn

This was just a tough transition for CNN and Applebees here. Can’t say the Zac Brown Band loved this one pic.twitter.com/ZFUXFsr5Es

The furor raises the larger question for the advertising world: How do brands feel about news and the question of brand suitability during a time of war?

One approach, particularly for marketers who are on the cautious side when it comes to questions of adjacency, would be to avoid news related to the war to avoid the potential association with potentially horrific scenes and descriptions and/or the inevitable politicization of the response. At the opposite side of the spectrum would be marketers who believe news is brand safe and that reporting on the war would be considered low-to-medium risk so long as they could avoid graphic scenes of violence.

Expect to hear a lot more on this topic for the foreseeable future, at least until the situation in Ukraine is resolved.

The Brand Safety Institute has numerous resources available to help brands assess the challenges of brand suitability, including a range of safety and suitability frameworks, checklists, and best practice guides.