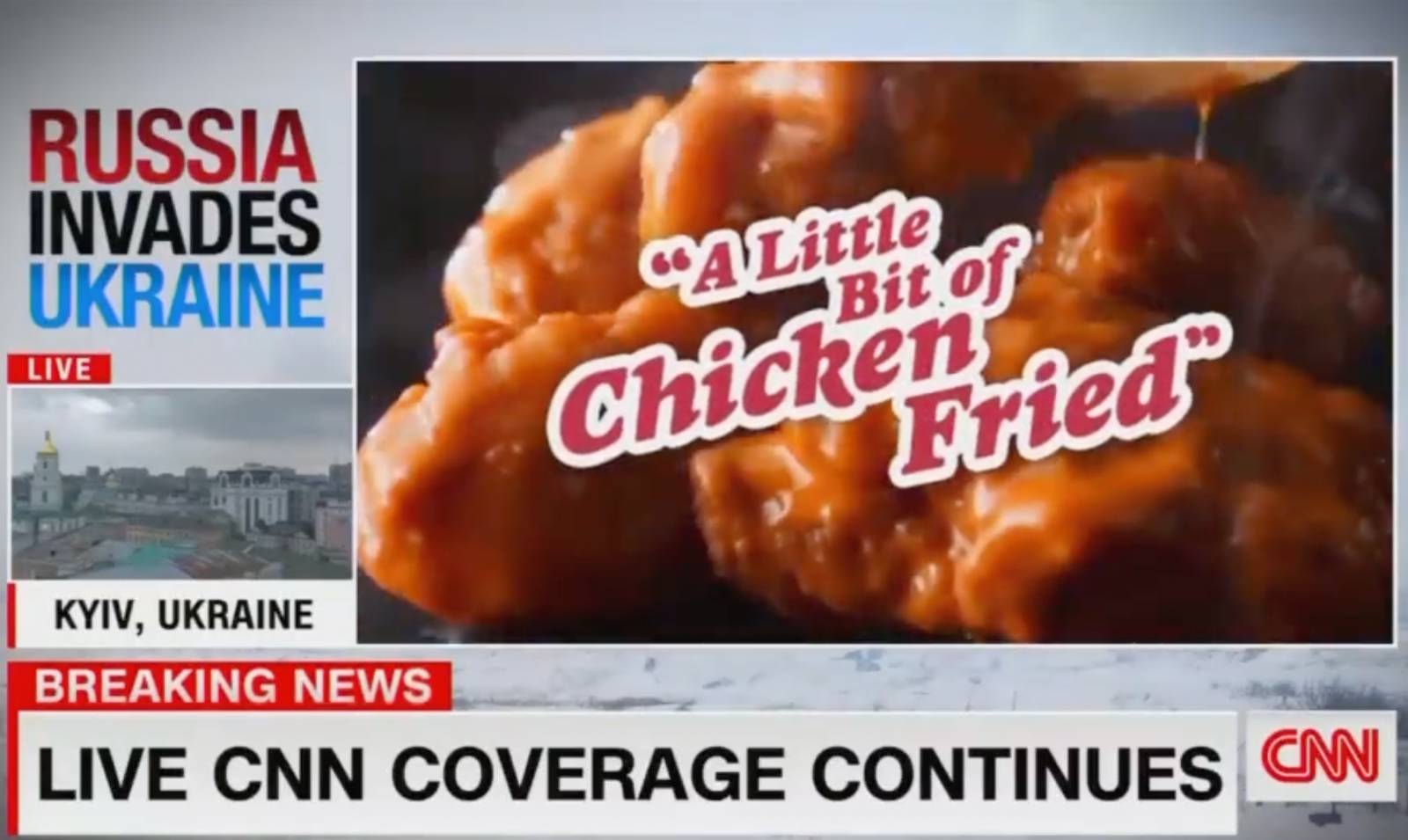 The big headline yesterday, nationally and internationally, was the onset of war in Ukraine. On planet brand safety, the headline of the day revolved around the placement of an Applebee’s ad in the middle of CNN coverage of the Russian invasion of Ukraine. After two years of the industry talking about news being brand safe, the reaction to the combination of the ad and the underlying content was a bit surprising. It was even more so because, rightly or wrongly, TV has a reputation of being a brand safe channel where digital is perceived as more fraught with potential adjacency issues. Rather than overreacting and pivoting away from news coverage, the lesson brand safety teams should take away from yesterday’s hullabaloo is that adjacency isn’t a monolithic concept and that context and channel matter.

There is a reason TV is typically perceived to be a safer path to audience than the web when it comes to adjacency. The traditional TV ad is typically distanced from the content that it is “adjacent” to by a definitive break. The TV show pauses or ends and the ad starts. The break between show and ad creates a separation – both visual and mental – for the audience that ensures that the ad and show are decoupled. There are ads shown before and after reports from war-torn regions around the world all the time that don’t garner the same blowback that the CNN/Applebee’s ad did yesterday. Why? Because CNN’s approach to the intense nature of the story was to change the nature of the channel to more closely resemble a digital experience by keeping the “breaking news” wrapper on the screen while the ad was running. The lack of a definitive break between news story and ad caused an incongruity between the grave nature of the story and the casual/fun dining experience being promoted in the ad.

Broadening the lesson out further than engaging with breaking news on television, the learning for brand safety officers should be to spend time analyzing channels, and even specific platforms and types of content, when it comes to adjacency concerns.  If the same ad/story pairing had been in written form on CNN.com or The New York Times site instead of being video of the war breaking out, would it have been turned into a tweet storm? Moving beyond this specific instance, does a pre-roll video or an ad showing up between TikTok videos cause the same adjacency concerns in the mind of consumers? Does an ad showing up as an isolated “post” between tweets from people you have voluntarily followed become shadowed by the content of those tweets or do we see them as a series of unrelated thoughts?

There aren’t universally agreed upon, empirical answers to the questions above. Reasonable companies will disagree on how they approach each channel, platform, and content/ad unit pairing. One of the underpinnings of a comprehensive brand safety plan is considering the above question and coming to a conclusion about what constitutes adjacency in any given situation and using it as the basis for instructing your downstream partners on how to be good stewards of your brand. Oh, and maybe let CNN know that in their effort to keep viewer attention through the commercial breaks, they are making their content less brand safe than if they just created some mental separation for viewers by allocating the full screen to the commercials that are paying their bills.

UPDATE: After several awkward juxtapositions of advertisements with scenes of the war in Ukraine, CNN opted to remove the "squeezeback" ad format from the coverage.