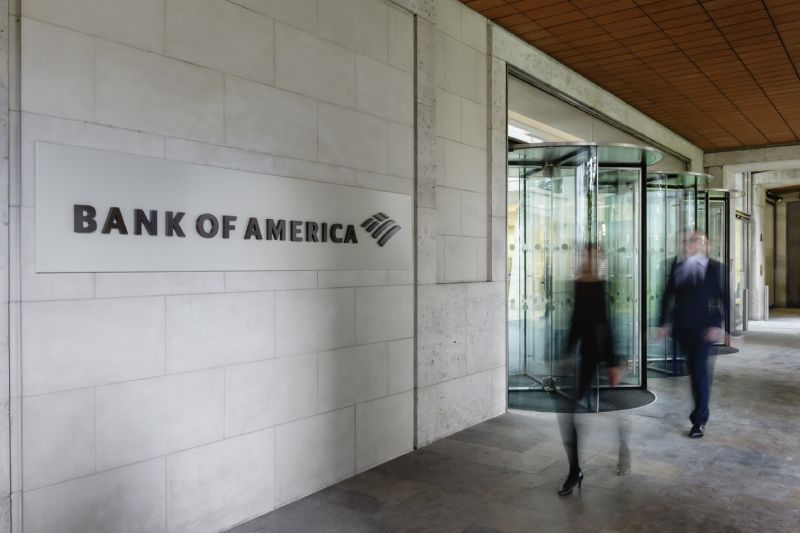 Rather than running from the news, Bank of America is embracing it.

While a growing number of brands are running scared from advertising against news stories, Bank of America is spending 30% of its entire digital budget in the space. It’s mitigating any risks by building out the brand safety unit it first launched at the beginning of this year.

Unsurprisingly, this was cheered in media circles.

Next Bank of America's @loupas -- a respected veteran in the ad biz -- tells @SarahFisher that 30% of his ad dollars he spends on news. More like Lou, please. But he says news has become equated with opinion & that causes complications for brands. #twitternewssummit

As hinted at above, advertising against news can be a fraught proposition these days. We've tried to chronicle some of the latest developments in the the industry's attempt to stay safe in the era of fake news and piracy. Paskalis admited as much during his interview.

So @LouPas says advertisers won't know whether their ad will appear next to news, opinion, or news loaded with an agenda. We in journalism need to help advertisers to support news; that's what we're working on with our NewsQA project at @newmarkjschool. #twitternewssummit

All credit to Paskalis and Bank of America that, instead of shying away from the challenge, they are expanding their resources to meet the challenge. Again, from The Drum:

Now, Bank of America has expanded that singular role [chief brand safety officer] into a fledgling brand safety team. Terri Schriver, the company’s senior vice-president of enterprise media, has been joined by another executive responsible for monitoring issues of brand safety, ad fraud and spend transparency.

The bank has recently opened a third position to join them, according to Paskalis.

“We weren't sure if the [brand safety role] was even a full-time job to have,” he said. “Now, I can't imagine being in this environment – wanting to support news, wanting to make sure your brand's in a safe environment – ... without having an infrastructure and pre-established set of principles that are transparently aligned across the organization.

“Once you do all that work, it's not that hard. There's still an element of judgement but you're not going to stray too far from those bedrock of decisions.”

You can imagine that this was met with great "huzzahs" at the Brand Safety Institute. We are dedicated to creating a class of professional Brand Safety Officers - along the lines that Paskalis describes - by offering education, resources, and a community of peers.

We are being helped in our efforts by current leaders in the field, including the aforementioned Terri Schriver, who sits on our Board of Advisors.  We reached out to her for a comment on Bank of America's doubling- (tripling-?) down on brand safety.

Marketplace complexities created by advancements in ad tech have fundamentally scaled our brand safety considerations when investing in advertising. While the entire supply chain has brand safety responsibilities, we believe that it starts with brands leading the way, by setting expectations for what it means to be “brand safe” and ensuring that our investments follow accordingly. As a result, we have built a brand safety practice that is supported by a dedicated team and backed by a solid infrastructure, allowing us to quickly flex from a focus on future proofing to responding to a brand safety event by making principle-based decisions in real time through our rapid response model.

Rather than running from the fight, Bank of America are making shrewd investments in their brand. They are leading from the front, and are committing the resources necessary to protect themselves, and to be in a position to take advantage of opportunities that other companies may not be able to pursue.

What Does “Moneyball” Have to Do with Brand Safety?